This thought occurred to me today: It’s been a while since I’ve read a book had an action scene on page 1.

The last one was probably an urban fantasy several years ago. Even that went like this: stalk, stalk, fight scene.

Is that weird? I don’t feel like it is. But I am also considering rewriting the beginning of my WiP to an action sequence and I don’t think that is weird, either.

Is there some sort of unwritten rule that says: Thou shall not begin with an action scene?

I feel like I am breaking some sort of rule by wanting to start with an action scene. Well, more like a training/sparring sort of scene, a test of sorts for the main character.

And books start all the time with tests. Still. It would be all action, complete with a chase and a sort of explosion (a weak explosion. very weak).

I haven’t written a word today. Just one of those days. And I don’t feel well enough to force myself to write.

But I’ve been pondering my protagonist’s character profile. He has a thing for art and exercise. I haven’t shown either in the WiP so far. I’ve just told it, breaking the cardinal rule of showing and not telling. They’re important enough to the character a part of me thinks they need to be shown.

I just haven’t figured out a way to work it in.

I haven’t written a word in nearly two weeks. The book is half done.

I have heard that the middle of the book is the hardest bit to write, the most common place to get stuck. How do I get out of it? 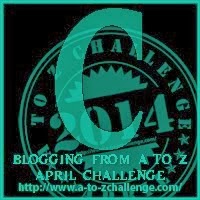 C is for clothing! That is, the clothes my characters wear. Usually, I don’t think about it all; I just have them wear whatever seems most sensible.

That’s just as well, because I start second guessing myself when I begin to actually consider, in detail, my character’s style. I mean, the current work in progress, the main character is a laid back, smart, charming guy. He wore jeans. I am sure he wore other things- a shirt, a jacket, but the only the article of clothing I mentioned was his jeans and only because he needed to take something out of his jean pockets.

But, later, I needed to really consider what he had in his closet. Was jeans too obvious a sign of a laid back guy? Too stereotypical? But I wasn’t thinking when I gave him jeans. So no. But what kinds 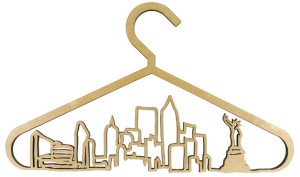 of t-shirts? The kind with weird pictures and/or strange words or just simple, solid color tees? But words can be interesting. So what quote describes him best? What kind of pictures?

So, yeah, it was hard dressing him. But fun! And I still haven’t got his jewelry ironed out (he has a LOT of piercings).

But is there a wrong way to dress a characters? Do the clothes always have to reflect the character, even when they are not working? I want to say no, but I feel like I should say yes.

It’s just that clothes are a quick, easy shorthand for conveying who a character is. Maybe too easy, because it would be too simple to also stereotype like that. Question is, how do I avoid it?

I have stopped working on my current WiP because I’ve come to a crises of world-building. It’s urban fantasy and up until now I imagined that it would take place in NYC. Different from the real city, because of what I need from the world, but still the city. The city I would recognize.

(Yeah, the city. Like there aren’t any other cities in the world. Like this is the archetype and all other cities are just pale, pathetic copies.)

Now I am not so sure. I’ve reached a point where I am questioning some of the world choices I made. I’ve realized some things about the world, about how this world works. It changes things.

I had thought originally that it was the same world, complete with the same wars and conflicts. Just with more magic. Lots more magic. And science as something that developed slightly more slowly, looked down upon, but widely used. Especially by those with weak magic.

I have a better idea now about changes I need than before I started the story. But I am not certain how to incorporate the changes. I can do one of two things:

1) change the world. Change the city’s name. Change the whole city. This would turn the story into a more traditional fantasy.

2) keep the current world, but to incorporate the changes I need, add more wars in the history. Change up national boundaries maybe, change the war outcome too maybe. Add more conflict, more tension in the present.

They would both be a lot of work. I don’t know which to choose, which would be better.

So I haven’t written anything in more than a month now.

A few weeks back, I had a program crash. It was quiet, quick and quite painful. I lost thousands of words, about two weeks’ worth. I know, I know, you are supposed to back up. I do, I did, but not for the past two weeks. I thought there would be time for that later. (Otherwise I would have lost more than two weeks!)

I remember what I wrote. But not the exact words, the exact phrase, the details I used. So I couldn’t recreate it exactly the same. But I have finished recreating it and it is mostly the same. I think. I don’t believe I left anything out.

But it is shorter! I lost words along the way, but I don’t think I lost any details. I rearranged the scenes, yes, couldn’t help myself. I also did not have written a few pages worth of dialogue – dialogue I would deleted later anyway. (I realized a few scenes afterward that the dialogue wasn’t necessary.)

But it was only a few pages. I am astonished at how shorter the whole thing is now. It’s like I only recreated ¾ of the work I lost. It’s a puzzling.

So I was writing something with multiple point of view characters. One main POV, one secondary POV, one main character. I meant it to be a short story, but it got long. (10,000+ words is a short story, yes?)

Anyway. I am rereading it now and I realize it is utter crap. And not just in the way all-first-drafts-are-crap. No. It really sucks. The POV transitions are not smooth, the voices aren’t distinct and they should be. And I am thinking there are some structure problems too. I feel scraping it and starting over.

A large part of the problem is probably that the last time I wrote a multiple POV story was in highschool. It was a sword & sorcery novel and I didn’t finish it. (It sucked, too.) Everything ever since have been single POV, where the main character is the POV character.

I meant this long story to test the multiple POV waters. I wanted to know what kind of problems I was looking at.  I am seriously considering a novel like that. Very seriously problems, I now realize.

It’ll be challenge and I don’t know if I’m up to it. Maybe I should do some more prep work first, work with both characters separately and than do something with them together. I don’t know.

In the mean time, I am writing something else. Something short and simple. 🙂

NaNo ended a few days ago.

I, sad to say, failed NaNo. Not that I am surprised. No, successfully completing NaNo would have surprised me. It’s not just that I am a slow writer (though I am. Very very slow.) It’s just been that kind of month.

But 22000 is still well above my monthly average and I am not really displeased with that number. It’s just that now I realize if things are going well, if I push myself, sometimes I can manage 2000 words in a day. Even when things are not going well, I can write a couple hundred and before I thought 300 was my average.

I am hoping I can finish the WiP sometime this year. At the very least before winter ends.

I am really behind on my NaNo word-count. It’s currently 10418 and as of yesterday, I should have reached 21666 words. So, yeah. Realllllly behind.

The NaNo stats thing tells me I am averaging 744 words a day and I need to write 2329 words everyday if I am going to finish on time.

Part of that is because I spent a couple of days unable to get to a computer at all. So 0 words for a couple days the first week and the last couple days weren’t much better. I wrote about 600-700 words before I had to stop.

Still the site thinks I am averaging 744 a day. Probably my two or three really good days are throwing it off. And by good I mean I managed to write 2000+ words. I am still writing more than I usually manage. I mean, more than 10000 words in two weeks!  For me, that’s fantastic.

So . . . kindle ARC issue. Yesterday I went on netGalley and asked for an ARC of The Serpent Sea by Martha Wells. I got it immediately and I clicked the button to send it to my kindle.

Normally I download netGalley ARCs to my computer, but I don’t have my own computer on hand. I am using someone else’s and I really

didn’t want to go to the trouble of  downloading/installing/authenticating the Adobe Digital Editions software on it. It’s too much trouble.

So I sent it my kindle.

Second, the formatting sucks. Only a few paragraphs are indented properly. Most paragraphs are not and that is just really really annoying. Also, sometimes it has page numbers and odd symbols (a box with a question mark inside).

Really! It’s so hard to read. I’ll probably have to wait until I have my own computer here to read it. Sucks.

I was going to use reading the ARC as a reward for finishing my word-count. Now I can’t.

I am never sending netGalley ARCs to the kindle again. Never never never!

I was rereading a scene in the Wi

P the other day and I noticed I didn’t include a lot of details about the setting. Just the street, towering buildings and little potted trees.

Okay, yeah, he was just walking down the street, so he wasn’t thinking about the crowds. That’s important, since the WiP is 1st person and crowds aren’t something he’s going to notice.

I know he’s weaving through the crowds, and avoiding the tourists who walk five in a row and take up the whole width of the sidewalk. But it’s not something I mentioned. And now, thinking about it, it could come off as though the sidewalk is empty.

The crowds aren’t important, just one of those little city-setting details.  The crowd plays no role at all; he is more involved with his own thoughts and how it feels more like December instead of October.

When I wrote that scene, I am pretty sure I was thinking most people would automatically picture a street crowded with people and cars. But maybe

not. When we arrived in FL last year, the drive from the airport to the hotel was a little scary because it was dark and the highway was empty. Maybe one or two other cars in the distance. It was 8 on a Saturday night. That’s after dark, but not that late, especially on a weekend. And, in all honesty, I have never seen a highway that empty. It was nerve-wracking. But for people who live there, it would be normal.

So now I am wondering, should I mention the crowd? A line on the sounds or smells or feel of a crowded street?